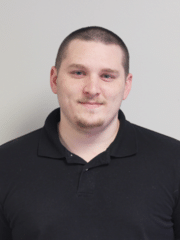 Logan is our Assistant Office Manager at Empire State Plumbing. He has grown into his role here at Empire State and uses his expert knowledge to make his customers feel at ease. He has become a skilled tradesman learning how to install and repair tankless and standard water heaters.

Customer Reviews
About Me
View all Reviews
Testimonials
from customers I've helped!
Before and after photos from jobs I've worked on:
Back to Previous Page Back to Meet The Team